The foundation of the FLOWISION consortium is based on qualitative and quantitative social science basic research: we study (in)visibility of resource flows ‘as such’, but also unfold how different actors and stakeholders visualize and make energy and waste visible, thus look at how they bring them to the political sphere.

We hypothesize that in the energy rich, but fossil-energy dependent and authoritarian context of Russia flows of oil, gas and coal are made visible and part of the hegemonic discourse of the energy-dependent regime, yet the flows of renewable energies and waste are made invisible. Finland, which is an energy poor, energy-import dependent and democratic context, the flows of mainly Russian fossil energies are being made invisible, and the flows of waste and renewable energies visible due to ambitious resource-efficiency and climate-policy objectives.

The Work Packages (WP’s) 1-3 are devoted to empirical basic research producing generalizations that enhance our practical and theoretical understanding of the phenomena at hand. The synthesis of basic research provides us with knowledge facilitating energy transition to a carbon-neutral world. Therefore, WP’s 4 and 5 are devoted to synthesis and action research: via basic research synthesis we come up with new ways to visualize and thus make the flows of fossil and renewable energies, and waste part of political debates and processes in Russia and Finland, and beyond. This visualization and politicization will be carried out by leaning on co-production between scientists and artists that includes also conducting research on the impact of our co-production actions.

We lean on Actor-network theory (ANT), and more specifically on assemblage approach, as our guiding methodological frame. Actor-network theory aims to systematize the study of agency of intertwined human and non-human actors. This “material-semiotic” method unfolds the relationships between people and things, and the networks they maintain and renew. The material and the expressive refer to the material itself (oil pipeline; landfill) and its form (gas as methane, heat and CO2 emission; waste as residue, commodity and energy). The semiotic role comes very close to the concept of discourse, as it is about maintaining or challenging the assemblage via socio-cultural practices (environmental discourses on gas and waste). 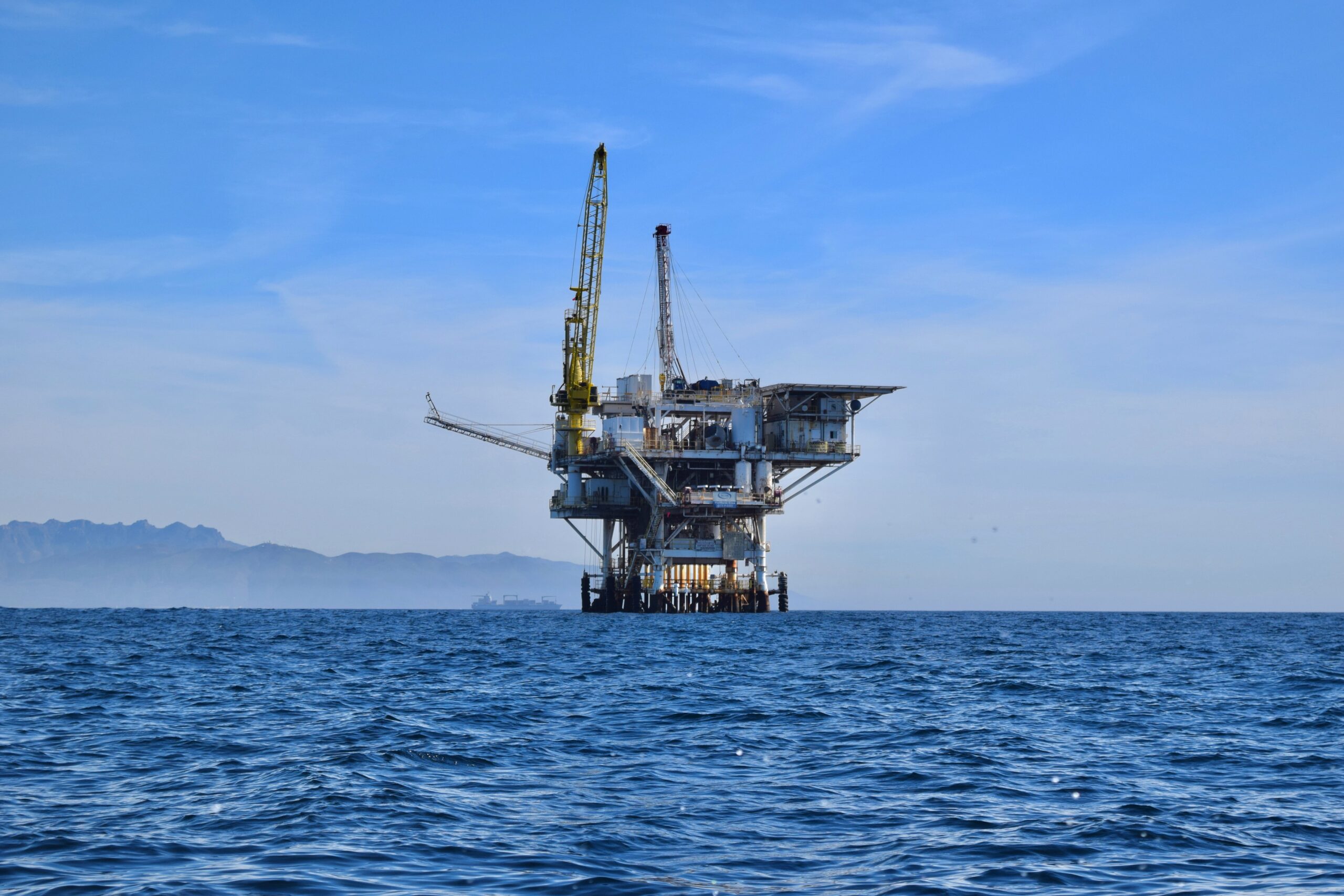 The first work package scrutinizes the efforts of major state-run and private energy companies in their quest to make flows of energy (in)visible in their strategic documents, Corporate Social Responsibility (CSR) practices, and commercials. Major energy companies in Russia and Finland have significant resources to make their narrative appealing for the public. More, companies within the traditional fossil industries have a strong self-interest to maintain hegemonic discourses on energy and climate futures.

Methodologically we introduce a new approach to studying resource assemblages by explicitly focusing on the visibility and visualization of energy as it flows through Russian and Finnish societies. The critical tradition within social sciences understands images and the visual as sites for power struggles and resistance. In addition, we are interested in who produces the visual product, for whom and why, and who the audience is. This compositional interpretation is also the methodological link to the assemblage approach, as the interest lies in how different material elements are utilized in producing an appealing story. 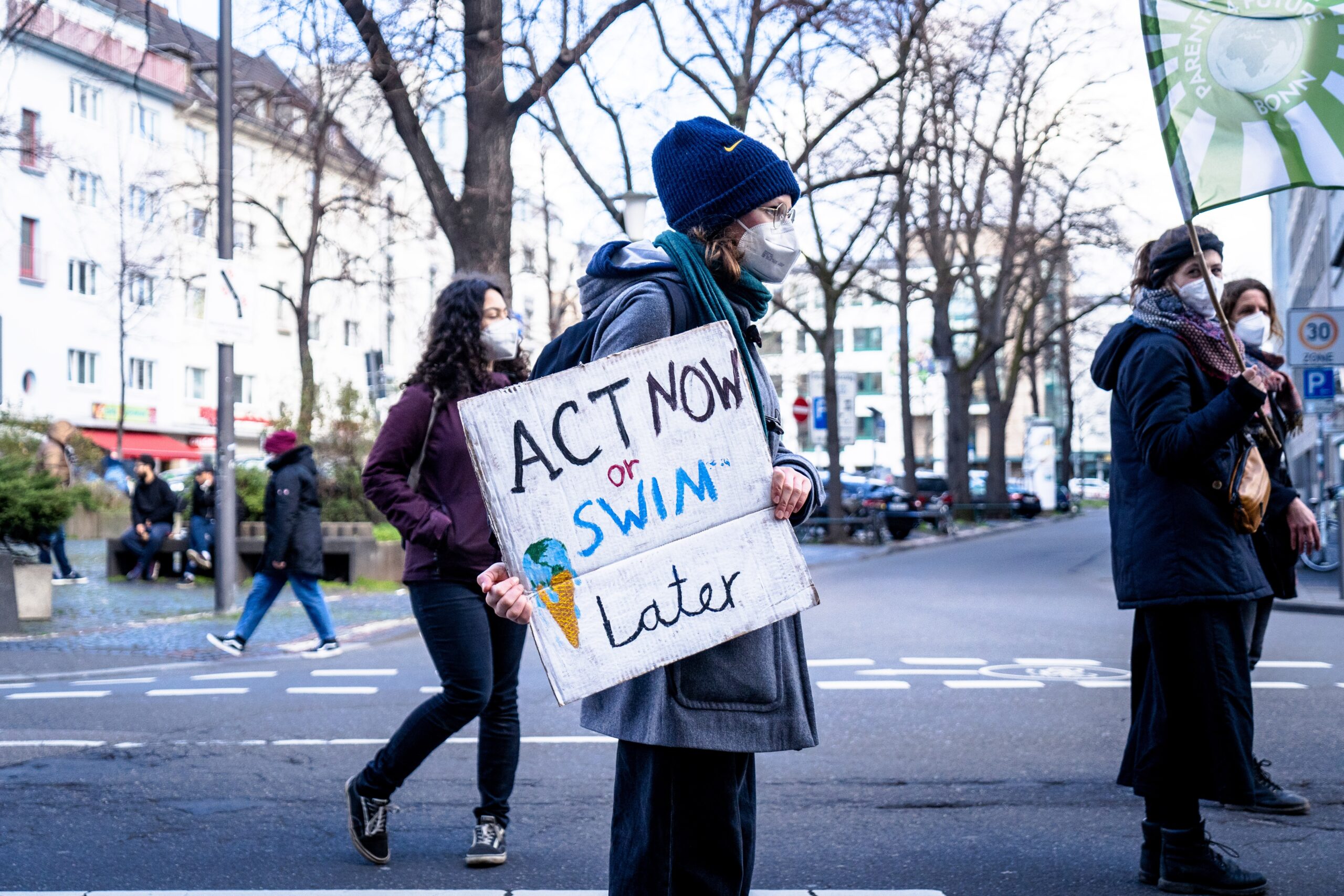 In WP 2, we explore the flows of energy and waste from the civil society perspective in Russian and Finnish border regions. Visibility of these flows is intertwined with normative knowledge, awareness and attitudes of civil society actors regarding environmental risks. These actors are environmental and energy experts, academics, activists, street-level bureaucrats, and local residents. Energy and waste flows bring these actors together and, vice versa, networks, cooperation, and conflicts between these actors shape the flows and their visibility. We assume that environmental values affect environmental awareness and, consequently, actions.

We examine how definition of ‘proper’ knowledge constitutes environmental issues, solutions, subjectivity, practices and action. Within ecomodernization discourse, environmental problems are formed in a structural relation between human societies and what is understood as nature. Environmental protection is paired with economic growth through green technology markets and efficient resource utilization. This discourse may be further divided along the lines of the normative subjectivity of corporations, consumer markets, NGO’s, educational institutions and government regulations as drivers of ecological modernization. Our cases are pro-environmental cooperation against landfills in Arkhangelskaya oblast and Karelia (Russia) and against mining in northwestern Lapland, Oulanka and Saimaa (Finland). 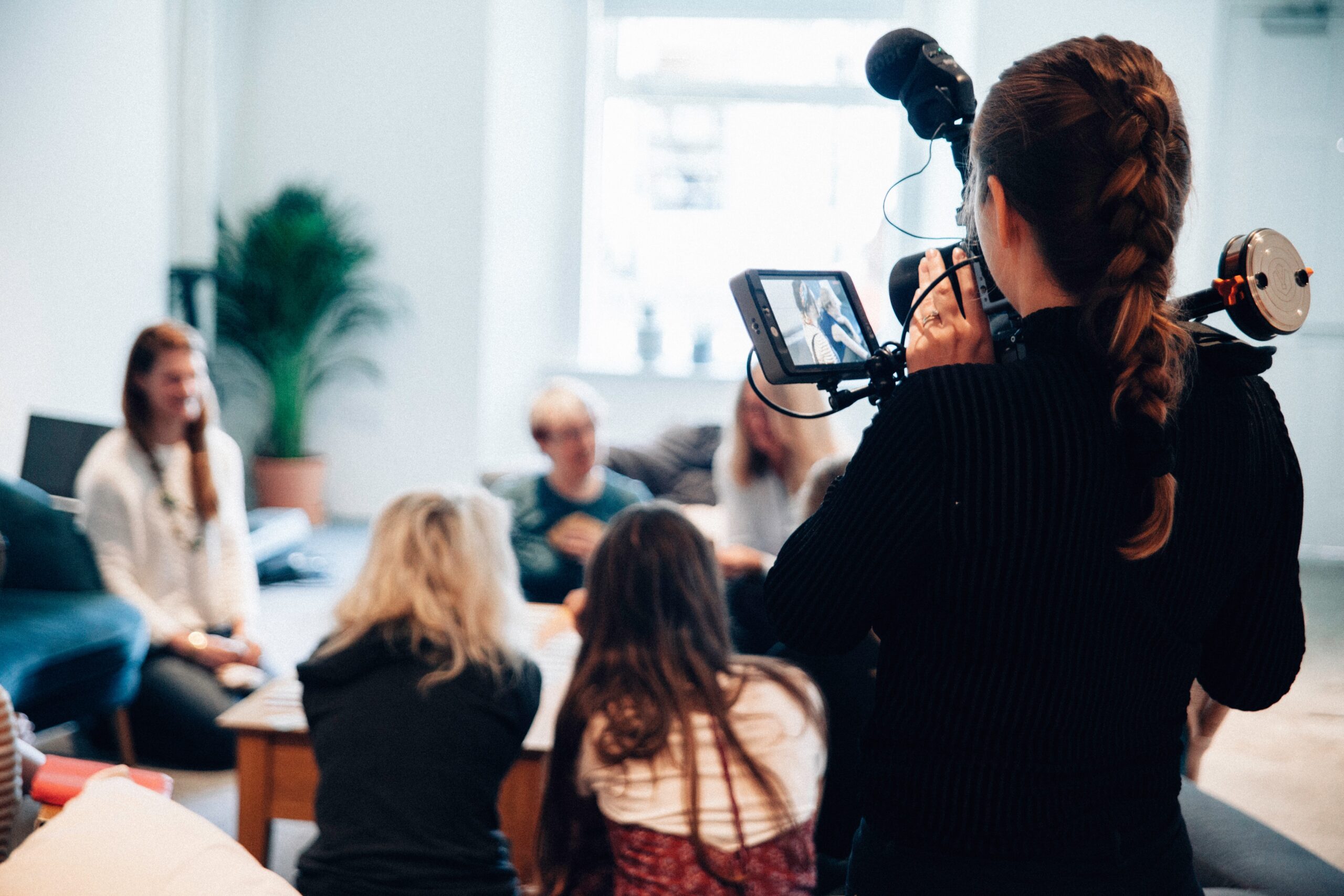 In WP 3, we explore how the mediatized knowledge on fossil and renewable energy and waste is produced and distributed by Finnish and Russian media and how algorithms and artificial intelligence-driven tools in media influence the visibility of energy and waste-related knowledge.

Media sources play an essential role in public opinion formation on the topic: the way how media narrate a particular environmental event influences people’s informed decision making. The epistemology of journalism revolves around their ability to conduct knowledge-work and present on a regular basis reliable, factual and valuable information for the citizens. Artificial intelligence (AI) brings another perspective to the process of knowledge production in media. AI-driven technologies of data collection, analysis, visualization and communication shape what output media produce and how they communicate it to the audience. Studying media representations of low carbon economy would be incomplete without taking into account statistical data, available to media practitioners, and tools of its analysis. Monitoring pollution and discovering illegal waste dumping becomes easier with new technologies (meters, drones, and video and photo documenting). Considering humans and algorithms as two interacting groups of actors with different capabilities and ways of thinking, WP 3 strives to explore how these sociotechnical alliances in today’s newsrooms shape the mediated knowledge production on the energy and waste-related events.

The team focuses on mapping the relationships between media organisations, professional and civic values and practices of content producers, and technology inputs. To handle the complex interrelationships, we combine actor-network and discourse analytical methods with approaches of algorithmic ethnography. 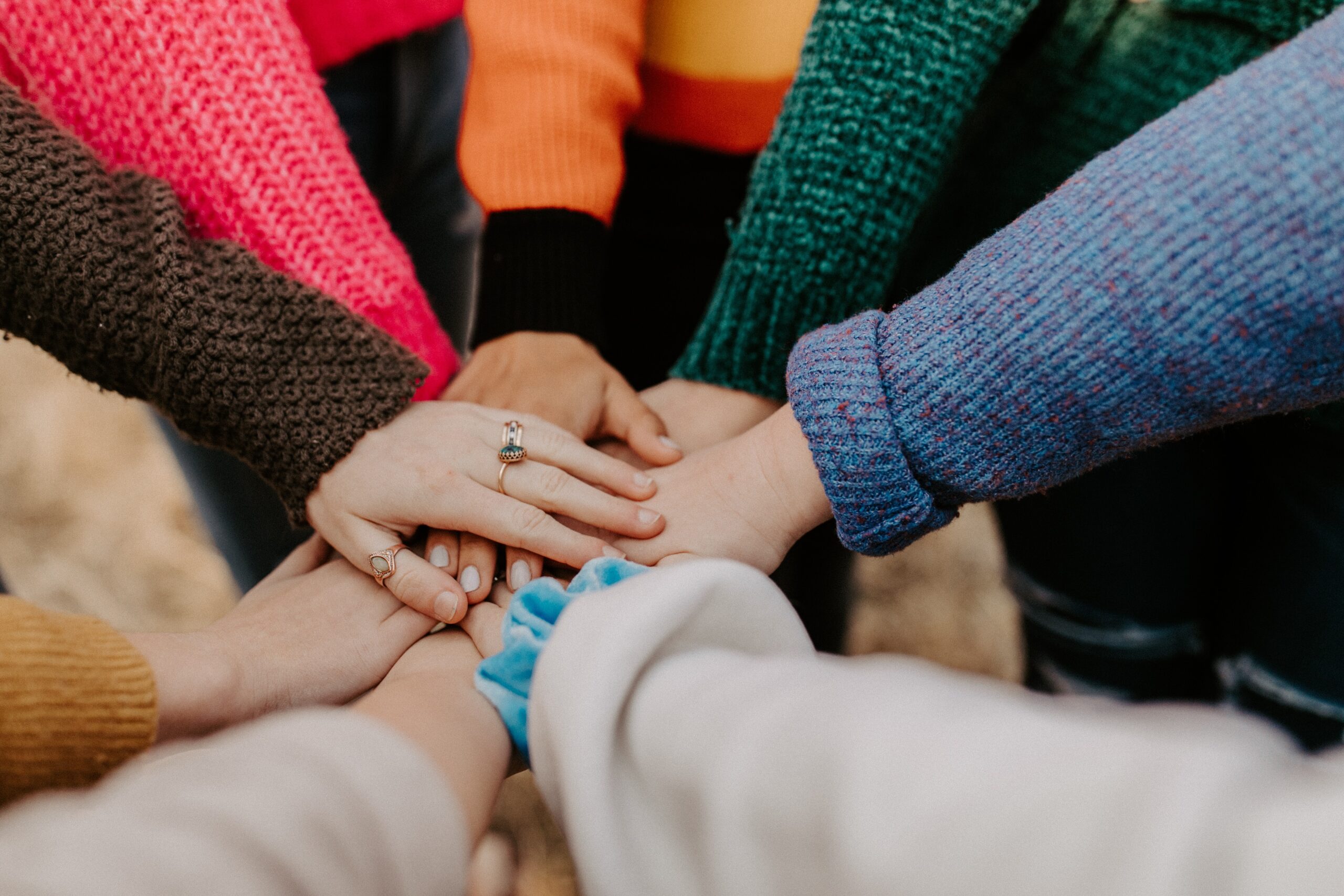 In WP4 we summarize the results from the realms of energy, civic activism and media to understand the logic of different resource assemblages. Via synthesis we are able to increase climate awareness, and propose ways to strengthen climate-saving and dismantle climate-changing resource assemblages.

Via co-creation with artists and journalists we share our research results in a novel way, but also make visible and politicize the previously invisible flows. Art as an experience opens a personal and direct link to the topic. Outcome of an artistic study will be an exhibition consisting of photography, journalism, short film and research combined artefacts. Elements of the exhibition bring together different aspects of the study and create an embodied space for it. 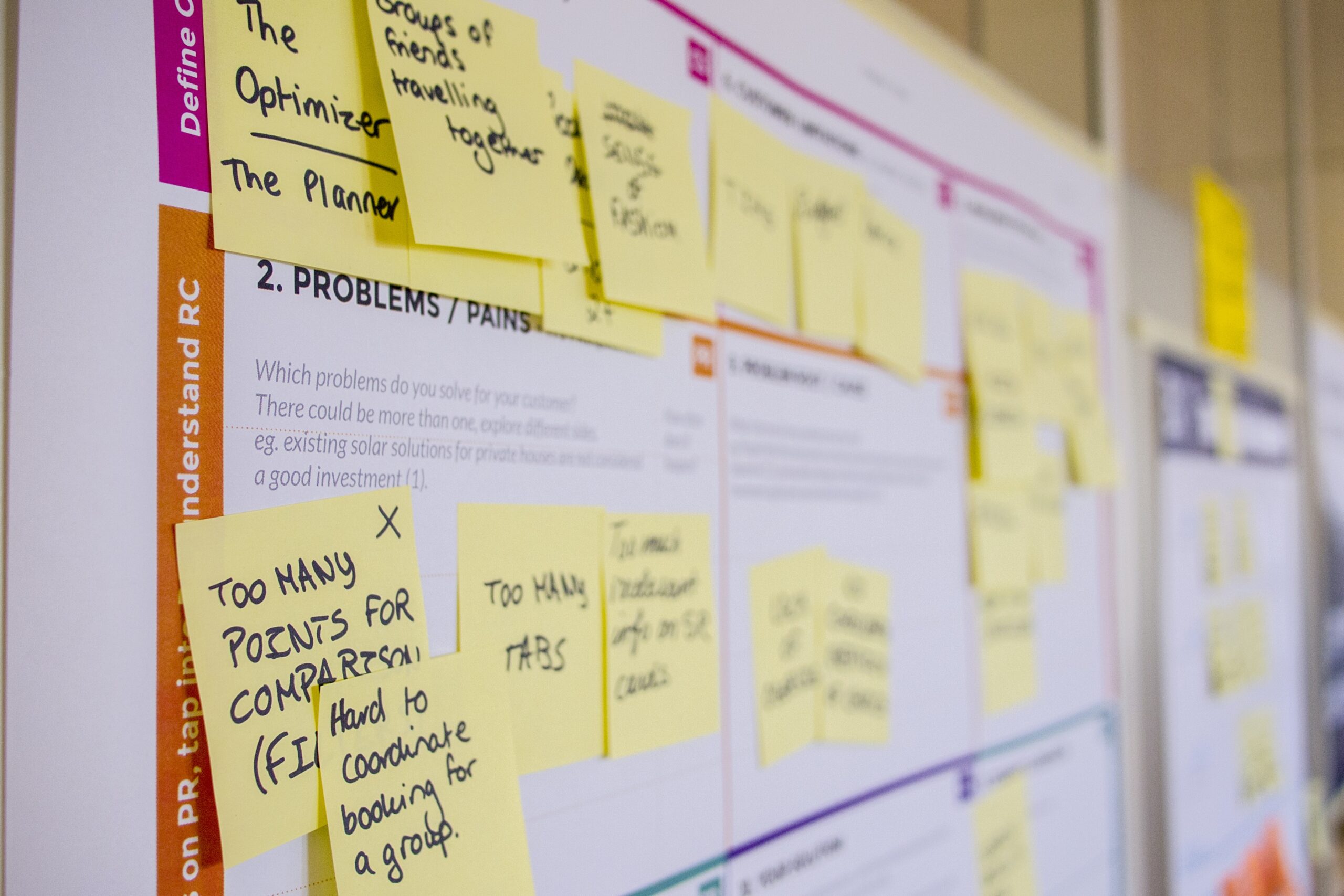 Within the project we will produce academic articles published in leading peer-reviewed journals, participate in conferences as well as produce a high quality joint edited volume wrapping up the results of the whole FLOWISION.

Via different tools (e.g. newsletters, policy briefs, workshops, art exhibition, social media) the project seeks to enhance the energy transition by unfolding the (un)visible flows for a wide audience. With scientific, artistic and journalistic co-operation the project seeks not only to share the research findings, but to examine the interfaces between science, art and action.

Outcomes of the cooperation are a documentary film, which follows researchers and their informants on the field. Artistically the film dwells through the landscape and researcher's mind, which will come concrete to the end.  In addition to the exhibition, film will be distributed in national media and aimed at international film festivals. It will be produced by Cinema Obscure Oy. The journalistic side will provide four long reportages, which will be published in national media. Between 2021–2024 there will one long-form photo reportage every year. At the end of the project also international outreach is seeked.